The world’s changing and we have a new normal ruling 2020. This new normal says “do it remotely” and it has triggered many changes in the way we do things. While many industries are striving to find productive ways for the new condition to stay alive, the media and content industry has already the advantage of a solution that’s built to make this remote working possible based on cloud technology. This solution has some differences over the traditional method of post-production so today we want to look over them step by step and see if it can be our solution for working in this new normal.

Right after finishing the shooting part, the first step of the post-production process begins by gathering all the video footage in one place to sort, organize, download, encode and decode, and then get started with the video editing. The traditional method suggests as many hard drives as needed to store all the footage, which is a local method and needs careful handling of the hard drives between different sections to give access to them. This method of storage and sharing is limited in obvious ways. But in the modern online video post-production workflow, which is based on cloud technology, there are no hard drives to carry and no limits of access for team members but instead, there’s cloud storage that makes all the footage accessible for everyone in the team, fast, easy, and secure. The production team uploads the footage into the cloud storage of a video team collaboration platform like Postpace.io and gives access to the members of the editing team to start working on it. The footage in the storage can be sorted in several forms to double ease the accessibility of them, and all of this transferring happens without using hard drives.

After the member of the editing team got access to the raw footage, they start working on their parts based on the post-production plan. Traditionally, they send emails and have calls to talk about their specific tasks and the timings and get the team stuck to the plan in every step. But what this online video workflow offers is a task management section in the platform that makes it way easier to set tasks, have a schedule, and do the project smoothly through the ease of communication. Each team member knows what tasks he\she has and what is the deadline. 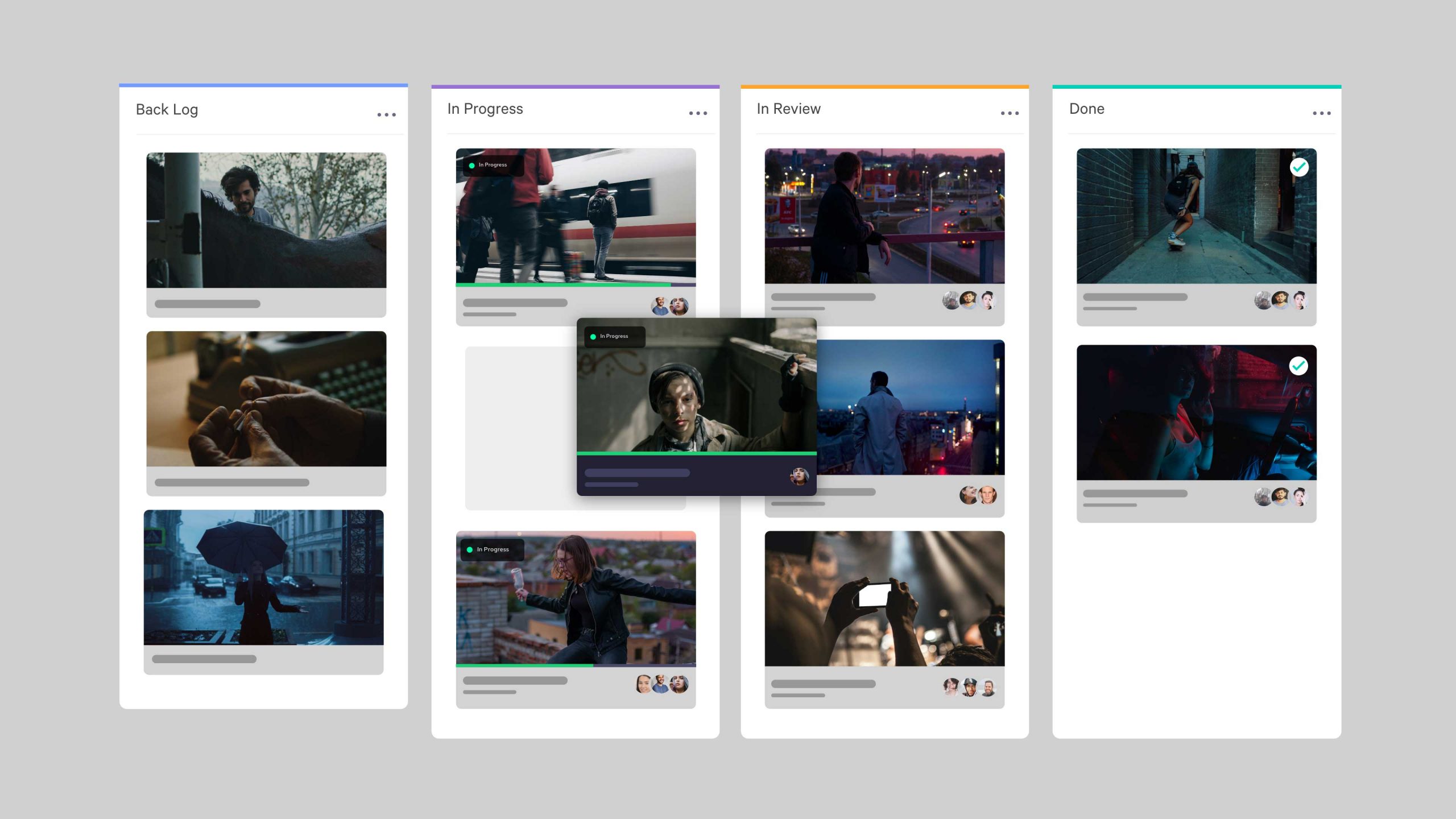 Another thing that happens during the post-production in this step is the collaboration and brainstorming part. Something that happened with calls, meetings, and a bunch of people stuck in an office for days in the past. What the modern post-production workflow has provided for the brainstorming part is the ability to comment and talk about every frame of the video to suggest changes and ideas without sending any email. This possibility also eliminates the most needs of simultaneous working and lets the creatives of the team, work whenever they have their most productive mind in the day. A team member might finish something at night and tick the task box while the other check it out a day later, so no one needs to wait to visit the other in order to deliver the work.

After the brainstorming part, the suggested changes get applied by the editor that’s responsible for it and now it’s time to share it with others to see the difference and decide. Another helpful aspect of the modern post-production method is that when a change happens on a part of the video, the editor can create a version history based on that to make it possible to compare the different versions of the video vividly with ease. Other team members or in some cases the client, see the difference between two or more versions and decide which one is better and again there is room for commenting and asking for more changes. Even if the requested change is a small bird that needs to be removed from the sky, it’s possible to draw a circle around it and simply say; “this bird needs to go home”. So better and easier version comparison in the new video team collaboration platform is another difference between the traditional post-production workflow and the modern one which is very handy. 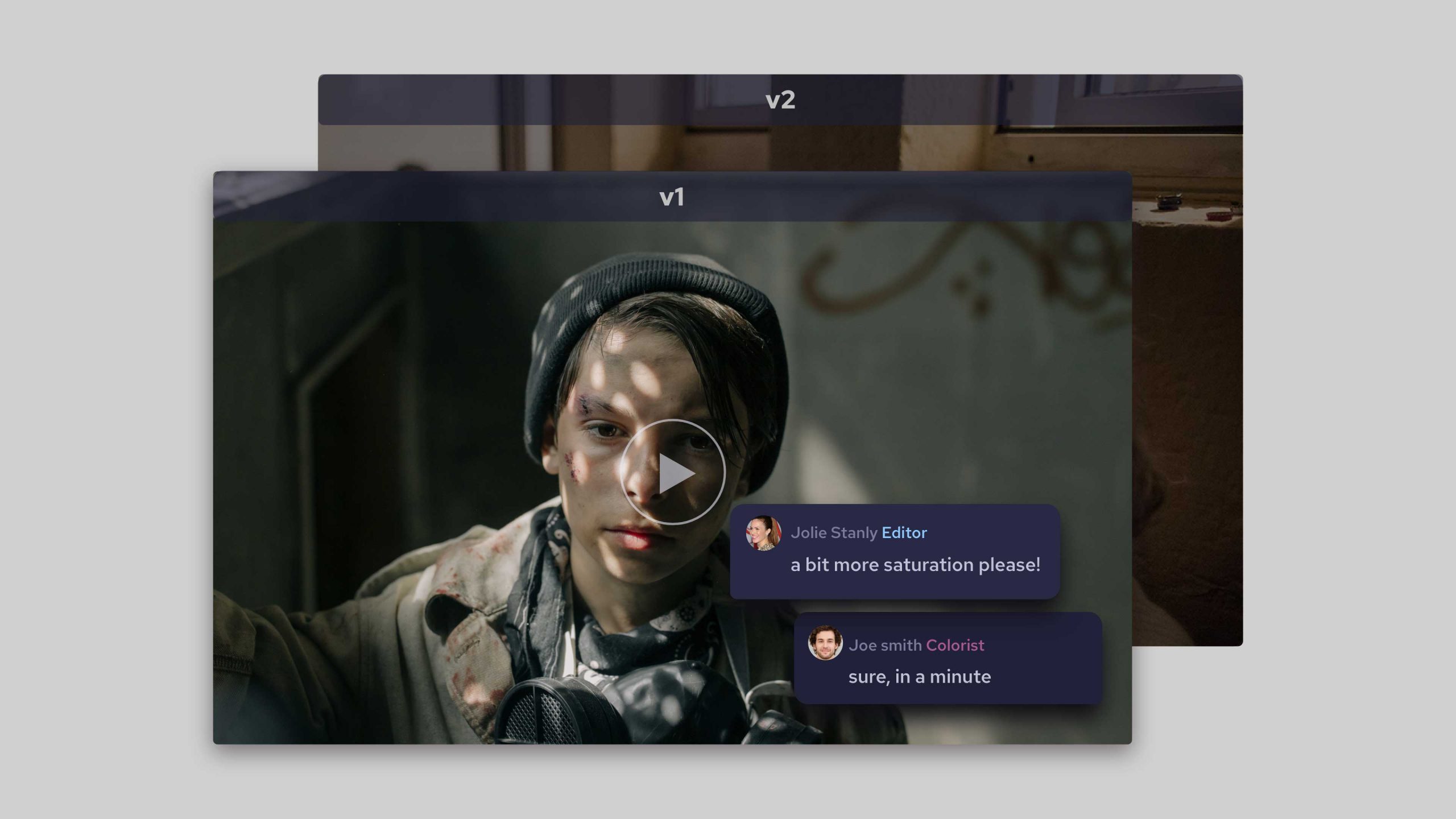 Version History and Precise Commenting in the Platform

When every change got applied and the beautiful final video is ready, the next part is to save the different formats of it somewhere, in order to share and archive the final product. While the traditional way suggests hard drives again, cloud storage makes it possible to store it in one safe place and have access from anywhere, at any time. And what we’re talking about is the archive storage while what the team used during the project to store and share the raw footage is the active storage, and the separation of these two makes managing easier for them. This way the editing team can easily share the video they’ve made with the other team like the marketing or PR teams in the case of making a movie, or in another scenario, deliver it to the client if it’s an Ad video. The video will be there, archived in the cloud storage as long as they want and there’s no need for them to fill up their computers with heavy videos.

At the end of the day, like every other comparison and therefore decision-making effort, you need to see the difference of two things from various perspectives, especially those you need to have in mind based on your need. That’s why we tried to cover most of the aspects of the online post-production workflow and see what are the benefits of migrating to the modern collaborative video editing platform and changing the way you work. We now know that this migration is rather a necessity and not just a fancy technological option, regarding our new normal so be quick and choose the one that eliminates your barriers to work.