Editing is one of the creative jobs that seem to be attractive to many people because of its artistic essence. It’s the art of matching different elements like video and audio to create an expression of a visual idea which is literally called VIDEO. But in order to be a professional editor who knows how to create this visual idea, an editor should know what to avoid and what to do. So in this manner, we want to talk about the mistakes that every editor should stay away from, and how to do them right so that your final video is appealing enough to get everybody like you!

Time is an important element when working on video projects and efficiency in managing the given time is a factor that is considered for a pro video editor. So being organized is what editors should approach. Editors who don’t organize their files well will spend more time and energy on a project because a significant amount of their time is spent on finding things.
One of the best ways to do this right is by creating folders for every piece of media you have. Then each time you need to import a file, you can find it in seconds.
Although you can do this manually by creating different folders, there are some good options like adding plugins like Postpace that helps you solve many problems including file management.

English essayist William Hazlitt says, “ Wit is the salt of conversation, not the food”. If you compare editing with the food in an awkward comparison, transitions are the salt to give it more taste. But some editors confuse the two for each other and use transitions a lot. It’s the ability to recognize where you need to use a transition and which transition should be used, that makes you a professional editor. So try not to oversalt your video by using too many transitions and instead let some matched shoots just play normally after each other.

Dealing with colors is surely a matter of importance in editing. Based on the nature of the project and the capacity of the shots and your taste, you grade colors to your desire. You should also consider the light of the shot and try to enhance it and create a balance between them. But the problem is that some editors accidentally do these settings differently from shot to shot and as a result, the color tint for example in one shot is green and in another shot is blue, or any other significant inconsistency might show up in terms of color and light. And that’s not ok. There must be a noticeable relevance of color and light between different scenes of a video especially between two shots of the same location and time So when you’re editing a video make sure that your shots are accurately matched and you’ve compared them carefully. And you will enjoy the visual mood you’ve created through colors. 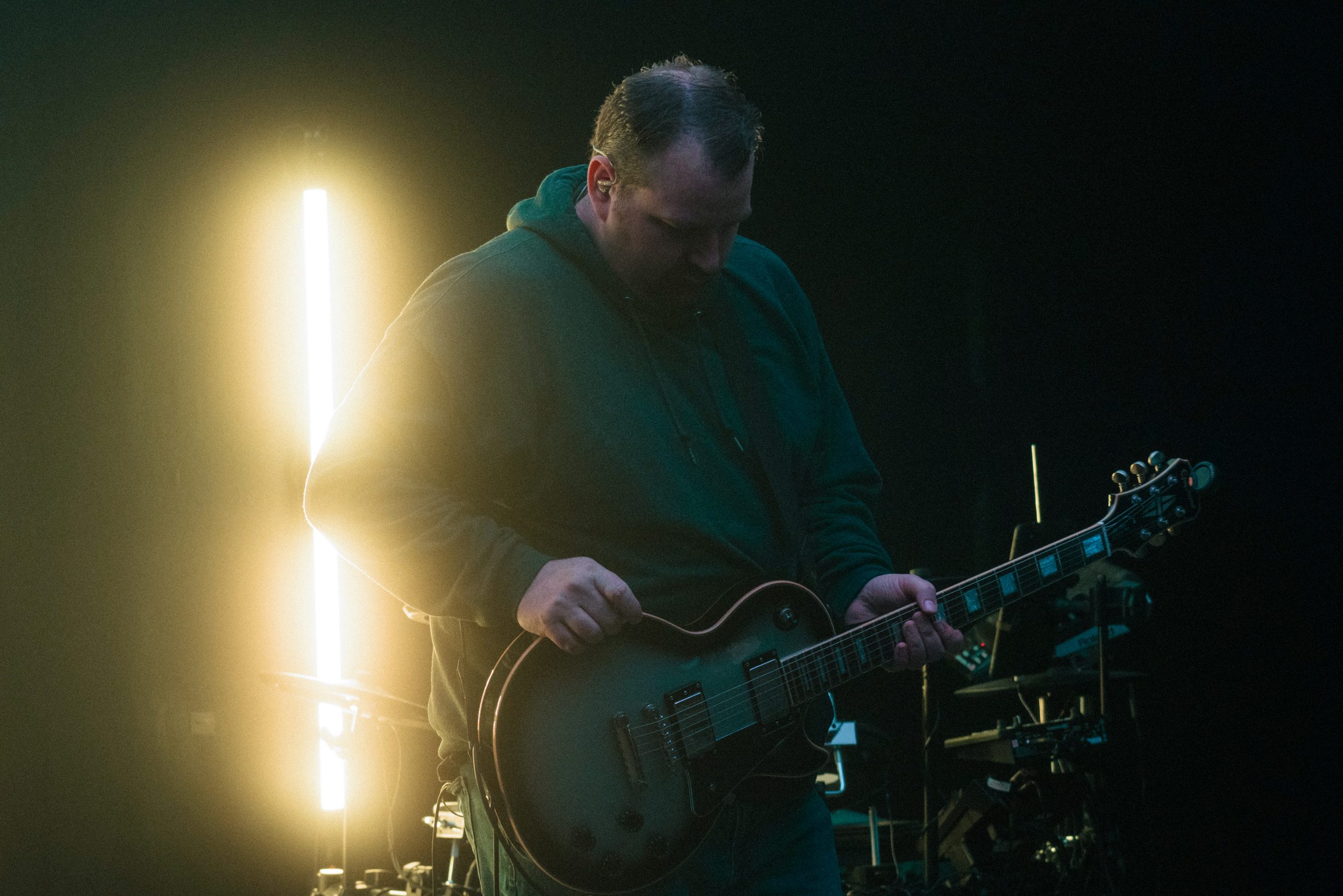 Importance of Light And Color Consistency 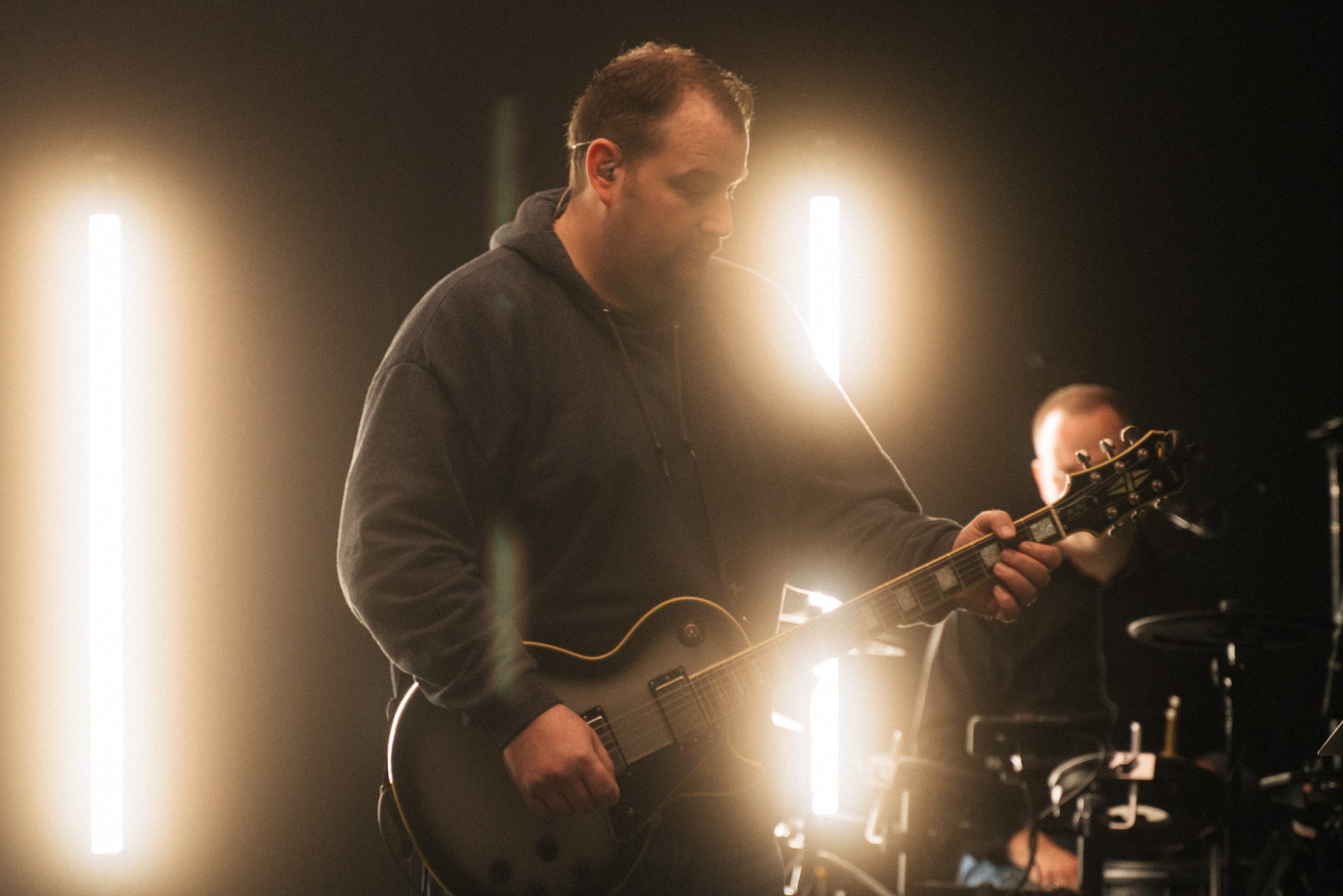 Color Correction & Color Grading Set The Mood For The Video

Irrelevancy In Audio And Music

Great movies are not great without music and sound design. It’s so crucial to find the best music for your project and it’s even more vital to manage to synchronize it with your video And this field is where many editors fail to deliver. After choosing the music, they just put it into the timeline and let it play through the video without any alteration. What experienced editors do is that they will edit their video to the beat and ups and downs of the track they’re using. They might decide to lower the sound for some shots and even go for complete silence based on the mood of the shot. When you go this direction you’ll see and feel the rhythm in your video that delivers a feeling and gets the viewer to understand the story much better. 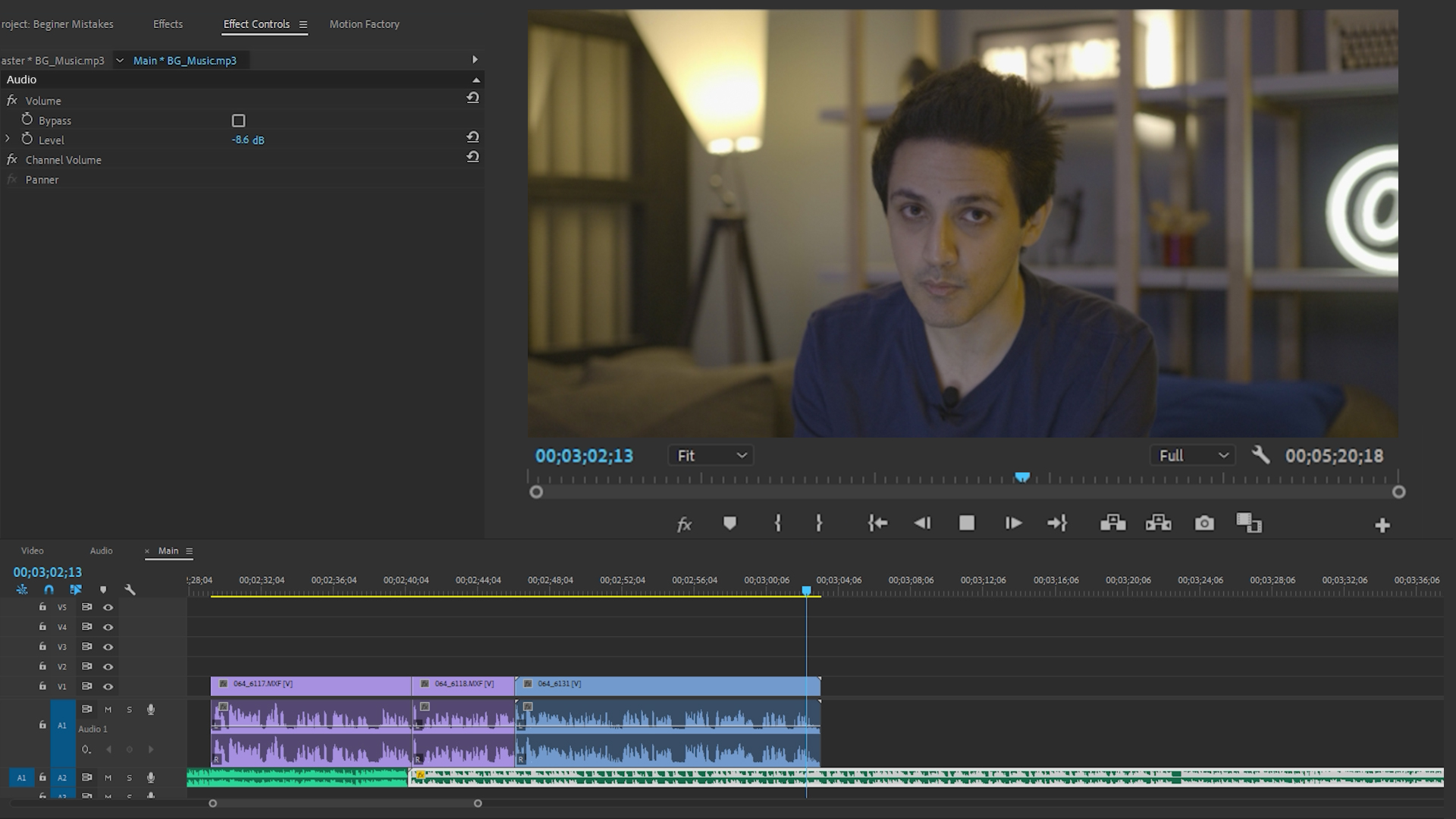 Leaving Out Rough Edges During Edit

This one is a general mistake even pros may make. Some editors edit their videos without taking extra care and as a result, we might see things like flash frames in their videos. When editing, it’s better to do everything accurately and have a mathematical approach to editing. What I mean is that you should deal with exact numbers and metrics and always stretch the timeline and zoom in to see the tiny details that form your video.

This one happens especially when there are dialogues in a video. It is cutting scenes right before and after the dialogue. We want our videos to be realistic and be able to represent real life. While cutting the emotions and gestures before and after a dialogue exactly turns it into a robotic talking rather than an emotional and realistic conversation. There are other times that an editor doesn’t like people’s reactions and cuts them which again causes a coldness or choppiness that’s not considered professional. So try to keep those tiny little emotions in your video and your audience will connect to it much more. 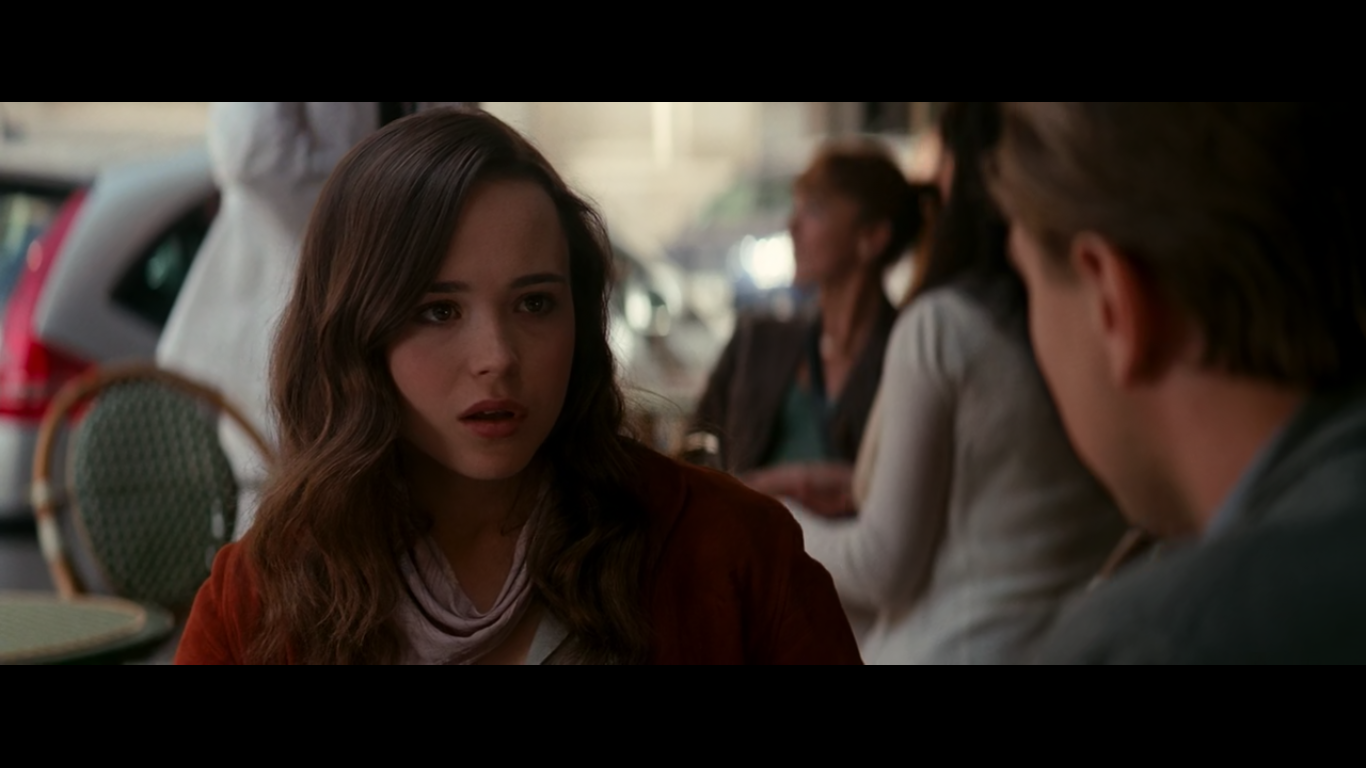 The reaction to a dialogue is as important as the dialogue itself (Credit: Inception Movie)

Talking about the dialogue will lead us to the next common editing mistake which is covering dialogues behind the music unintendedly. Many beginner editors don’t know how to match the soundtrack with dialogue so that the dialogue is understandable. The way to fix this, if you’re using Premiere Pro, is to reduce the music volume by using the Auto Ducking or doing it manually by separating those overlayed parts and reduce the volume. This way the music will be heard as the background and the dialogue will be the foreground and you’re good to go.

Jump cuts are cuts that jump in time and space to skip the unimportant parts while showing the whole action. But sometimes by not creating smooth and serial shots, an editor creates some unintended jump cuts that are overwhelming. This kind of video feels like a rushed one that all shots are skipped repeatedly to get to the end of it faster. So by having a kind one smooth connection between your shots and rational beginning and end, you can avoid making such videos.

So far we’ve learned how to use transitions and how to cut properly, but a problem that occurs concerning both, is the cut before the transition happens completely. Like cutting the emotions, this one also keeps out some feelings and kinda ruins the rhythm of the video as the editor doesn’t allow the feeling of the transition to pass smoothly. Another point is that in almost every case, it’s much better to divide the transition equally between two shots so that the middle point of the transition matches the line that the two shots meet. As I said before, having a mathematical perspective toward editing helps you to do your work precisely enough to convince the viewer’s mind that the relations between the different elements in your video are logical.

After you did everything right, it’s time to export your video the right way. Again this is a part that some fail to do correctly and end up having a piece of media that’s not compatible with their needs or the platform they are going to present the video on. As you might know, there are many settings that can be adjusted to a video when exporting it, (We have made a whole video on this subject that goes into detail on all the settings you can adjust) so what determines the right export settings for your project? The answer is simple, your purpose of video making. Where you want to share it? Through which devices it will be displayed? And what are your expectations about the quality and size of your video? The answer to these questions plus the knowledge of export settings will show you the way of getting the right product out of your Premiere pro or any other editing software.

Post Production
How to Minimize The Gap Between Production & Post-production
4 Min Read
We use cookies on our website to give you the most relevant experience by remembering your preferences and repeat visits. By clicking “Accept All”, you consent to the use of ALL the cookies.
LEARN MOREACCEPT
Manage consent