What Is A Game Engine?

Game engines, as the name implies, are the driving force behind almost everything that goes inside a video game. They are responsible for taking care of everything from visual things like lighting and graphics to logical things like the laws of physics. For example, when you drop a stone into a lake in a game scene, the game engine takes care of how the stone should move through the water, how the waves on the water surface should look, how light should reflect from the water, what sound should that interaction make and many other things! This makes game engines very complicated and fascinating pieces of software that are capable of creating almost everything a person can imagine from small interaction in a room to massively complicated and dense worlds and even universes! So the main purpose of game engines is to make the work of game developers a lot easier and the process of game development much faster. But when you have such a powerful tool people will start to see that the potentials are beyond the realm of game creation!

As you probably know, the traditional way of shooting scenes that involve a lot of visual effects is doing the shots in front of a green screen and then add the effects and backgrounds later on in post-production. Of course, this method works great and has been for ages, but the downside is that many things are left to the imagination of actors, camera operators, set designers, the director, pretty much everybody involved. But game engines have the power to change that drastically.

Since game engines have the power to render visuals in real-time, they are a perfect tool to use in the production process. For example, for the movie “Solo”, Lucasfilm’s Industrial Light & Magic team used laser projectors to project the hyperdrive animation of the Millennium Falcon in real-time. The biggest benefit of doing so is that now the actors and director can see the effect and the feel of it in real-time and right in front of them so the actors’ reaction to it looks much more realistic and also the director has a better understanding of how the scene will end up looking before even starting the post-production process. 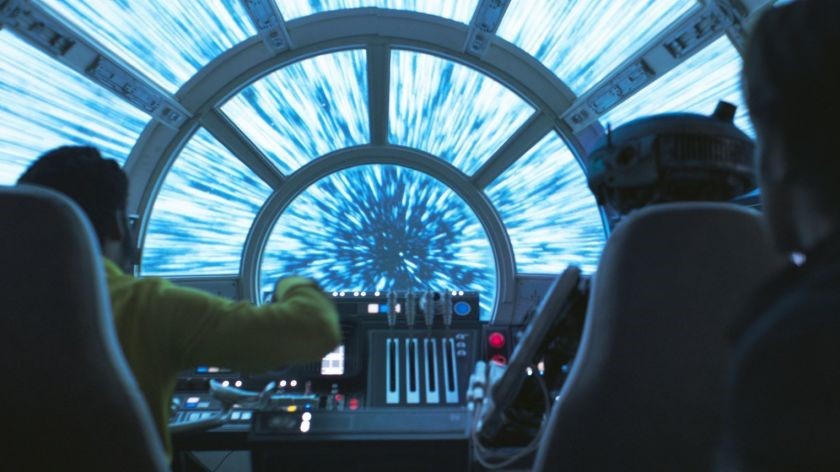 Hyperspace Jump Animation of the Millennium Falcon in Solo (Credits: Los Angeles Times)
But that is not the only way game engines have been useful in film production. Adding 3D models that look hyper-realistic is the other big benefit of game engines. Another example from Lucasfilms is adding the droid character K-2SO in the movie “Rogue One: A Star Wars Story”. That actually blew my mind when I read about it! But that is what makes Game Engines so amazing and appealing to work with in cinema.
The latest cool example which is making headline left and right is the Mandalorian, yes another Star Wars universe production. Luca Arts has always been at the forefront of using cool technologies and turning them mainstream in the film industry. What they did for Mandalorian was an evolution that started from the Solo: A Star Wars Story. Instead of a small OLED panel in front of the Millenium Falcon, they went for a huge stage made from screens that were projecting the “Set” live using the power of the Unreal Engine. 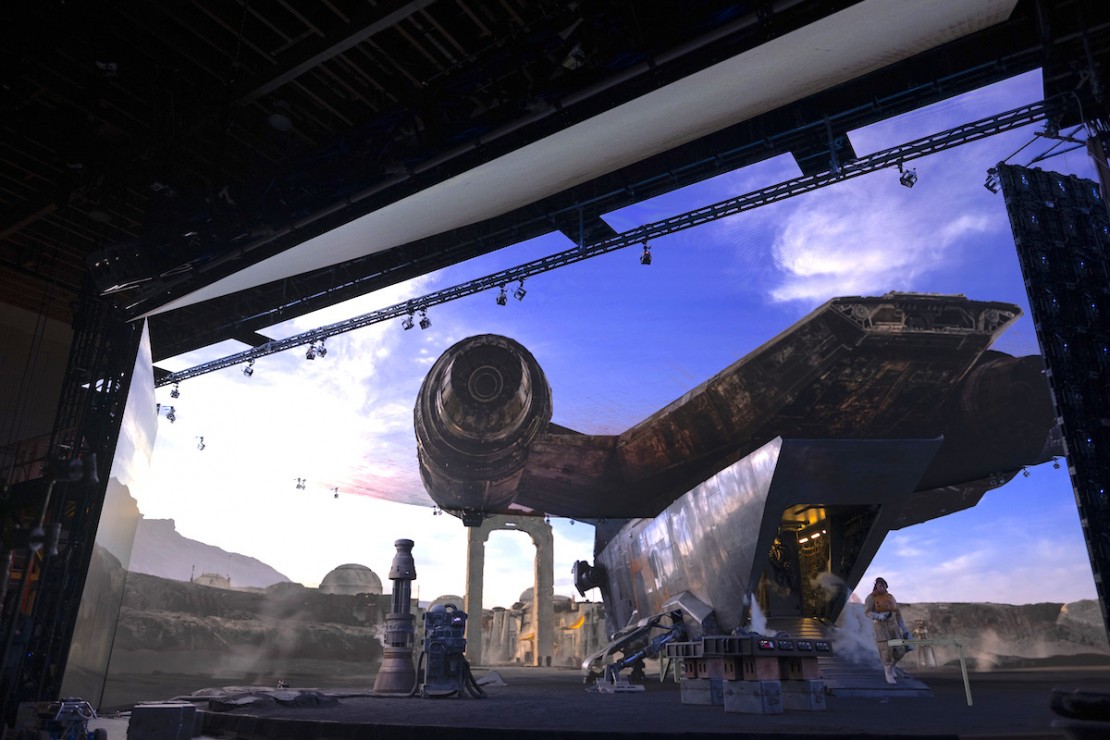 I gotta admit, the first thing that came to my mind when I first heard about the use of game engines in filmmaking was making animated movies. I mean, when you think about it, the only thing that makes a video game and an animated movie different is the level of interaction. In a video game, you are the one who makes the decisions, the one who interacts with the world and people to move the story forward, to an extent that in many modern video games the conclusion of the game is dependant on your decisions, while in an animated movie everything is already decided for the viewer and the ending is already set. But besides that, everything else is the same process world-building, character development, storytelling, etc. 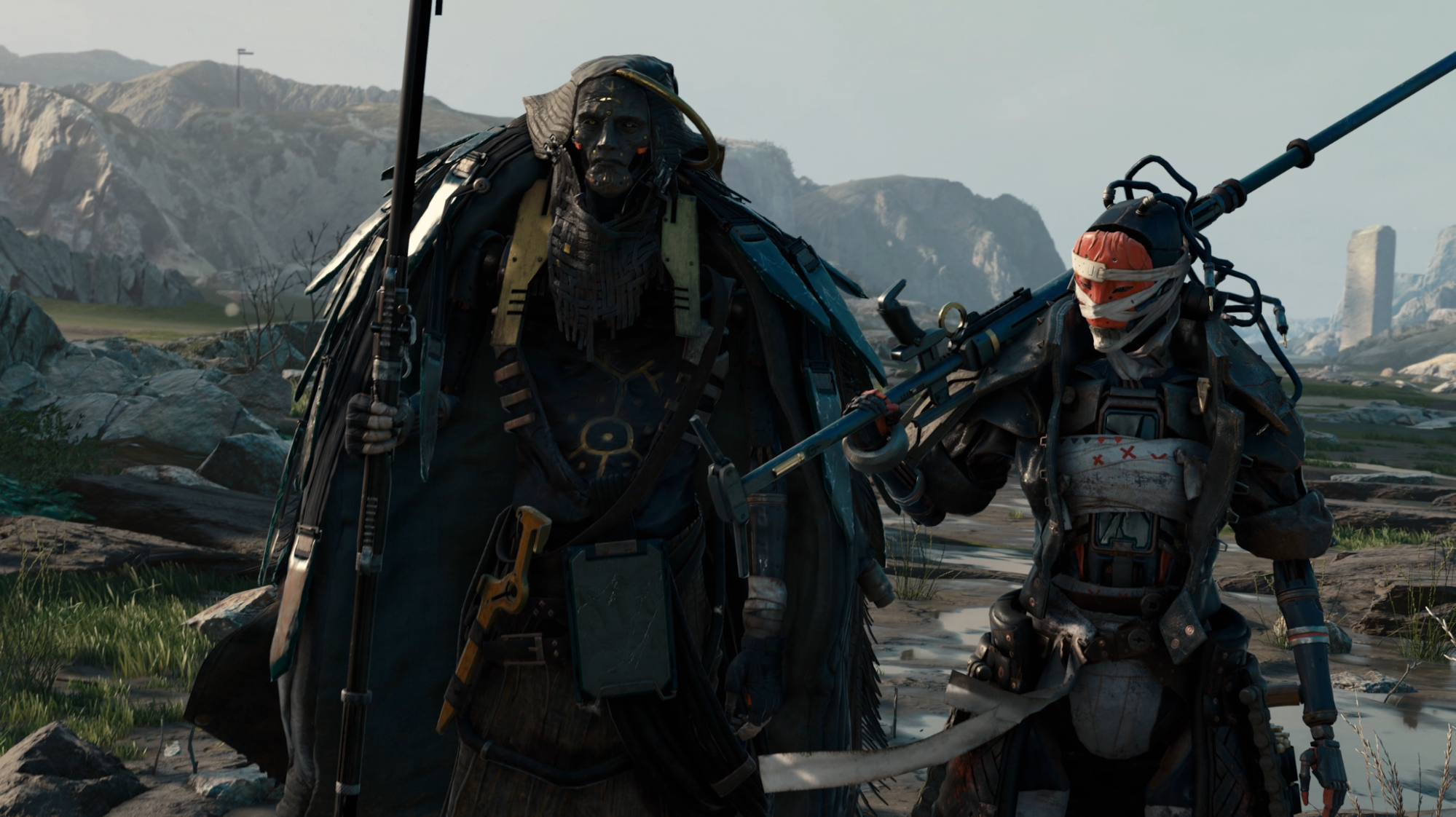 Adam Movie Is Made Entirely Inside Unity Game Engine (Credits: Unity)
To see the possibilities you can check videos that are, first hand, made to show the capabilities of the game engine, like “Adam” for Unity Engine which even won a Webby Award or the recently released “Lumen in the Land of Nanite” by Epic Games to showcase the capabilities of the latest iteration of Unreal Engine. The video almost took the gaming community by storm because of the hyper-realistic geometry of the objects and lighting. But I’m pretty much sure that the filmmaking community is also paying close attention to this Unreal Engine 5 has huge potential for creating photo-realistic visual effects while making the creation process more efficient and fast. But of course, there are directors who think forward like Neth Nom who made his short animated film “Sonder” entirely using the unity engine. Doing so brought so many benefits for the production team of 240 individuals. For example, since everything was being done inside the engine, they didn’t need any physical studio to work in so they all could work remotely, some of the team members were even in different countries! Also, the real-time rendering nature of the Unity engine freed the production from the hassle of using render farms for the animation. Everything was in real-time and they could instantly check and see the result of every change they were making. And finally, there is the argument of lowering the production cost. Using game engines cut down on so many expenses, one of the big ones is again using big render farms. That’s why using game engines is a great option for indie filmmaking teams. And also as a bonus, game engines like Unity and Unreal Engine are basically free to use! Another big argument to add them to your production workflow!