Sony a1 or Alpha 1 is the latest flagship introduced by sony which dethrones a9 as Sony’s flagship in its lineup of mirrorless cameras. The camera comes in the same shape and form as a9II so if you have ever used a sony mirrorless before, you will feel right at home.

As an imaging mechanism, sony is using a full-frame stacked 50.1-MP Exmor RS CMOS sensor working hand in hand with 2 all-new BIONZ XR imaging processors. And man this combo is fast! Using the electronic shutter, Sony a1 can shoot 50 MP at 30fps! This high processing speed, which sony claims is 1.5X faster than a9II, translates to much less distortion in images with fast-moving objects. But just being able to turn the sensor pixels on and off for fast shooting, albeit very impressive, is not enough and sony knows that! To keep up with fast speeds a1 can manage, it is equipped with a 240 fps capable OLED EVF that supports Sony’s Blackout-free shooting system that gives the photographer a smoother experience when following fast-moving objects, like in sports photography when following a fast-moving ball.
The big processing capabilities of BIONZ XR imaging processors also give a1 the power to do 120 auto-focus and auto-exposure tracking calculations per second. This means that those 30 fps that the camera is taking are all sharp and crispy.
Another new feature that is introduced by Sony in a1 is its flicker-free electronic & mechanical shutters. This means that for the first time, you no longer need to compensate for your shutter speed based on the flickering speed of the lights around you. That is amazing and can save all photographers from a lot of headaches. BTW, if you want to know about light flicker and how to prevent or fix it in your footage, click the link in the top right corner of the video to see our detailed video on that matter.

How To Fix and Remove Light Flicker

The other notable features regarding the sensor are the ISO sensitivity range between 100–32000, which considering the pixel density of the sensor is really good, Pixel Shift Multi Shooting, which takes 16 pictures of the stationary subject with full coverage of red, green, and blue for 200MP quality phots, I have no experience with this mode, but from the stuff I have heard it is extremely hard to get right and needs a very very controlled environment to nail.

Another important subject that I believe is a big deal for many content creators is the Auto-Focus capabilities of the camera. Sony a1 is boasting a 759 selectable point for autofocus that covers almost 92% of the whole image, not as plenty as the competition, but still impressive. Real-time Eye AF has also been improved in some areas. The precision of Real-time Eye AF for humans has increased by 30% from a9 II. Regarding non-human subjects, the list has expanded from cats and dogs to other animals as well. Sony also has made a big deal about their Real-time Eye AF for birds which will keep the subject in focus even if they start to fly. Pretty neat. 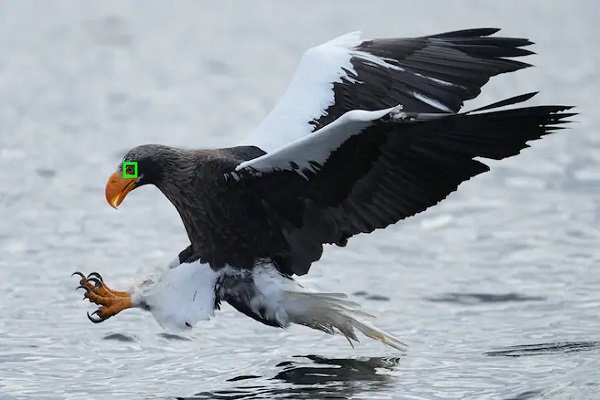 Sony a1 With 759 Focusing Points

OK, now let’s get to the video stuff. Sony a1 is the second 8K camera in the market, after Canon R5, and it can shoot 8K at 30 frames per second in that resolution, which is good for framing a shot later on in 4K. But if you are after higher frame rates for that sweet slow-motion shots, 4K 120fps should be your setting of choice. And with the newly developed heat dissipation structure devised for a1, Sony claims 30 minutes of continuous recording at 8K/30p or 4K/60p. It is a bit better than Canon R5, but not by a huge margin. And talking about recording, S-Log2 and S-Log3 are supported which S-Log3 provides 10-bit gradations and 15+ stops of dynamic range. But if you decide to go RAW, you can output 16-bit RAW to an external recorder when recording 4K to internal storage. Sony a1 also includes cinematic S-Cinetone which they have brought on from their cinema line of cameras like VENICE and FX6. Cinematic S-Cinetone can really help with the reproduction of color and skin tone.

Finally, let’s talk about storage formats and IO. Sony a1 has dual slots for UHS-I and UHS-II SDXC/SDHC cards as well as new CFexpress Type A cards which can record in redundancy mode for better peace of mind when shooting. Regarding the IO, the notable things that caught my eye were the inclusion of a full-fledged RJ-45 ethernet jack capable of gigabit speeds for FTP. Having Typ-c is also a good sight to see, but now in 2021, it should be more expected.