Today we want to talk about one of the main aspects of the post-production workflow, the file transfer and storage. The big question here is, should you use online cloud storage solutions, or rely on current methods like hard drives, NAS storage, and even flash and SD cards? there are advocates on both sides of the aisle, online cloud storage is faster and more secure, or local storage is easier to access. Since post-production is a section of filmmaking that comes after the production stage, therefore, the production work needs to be delivered to the post-production team. And it’s the type of delivery and connection between production and post-production that is able to boost or slow down the whole content creation and video production workflow. In this regard, choosing the best way to carry the files is crucial especially in the post-modern deadline-based movie production era with tight release dates and all the movie marketing practices that make the whole film crew concerned about time. So let’s see how we can do the file transfer between production and post-production professionally, to meet all the deadlines and sleep well all night.

DIT carts are giant hardware devices that help the DIT (Digital Imaging Technician) do his\her job properly. what’s the job?
Well, as the name suggests somehow, DIT is responsible to collect, protect, and deliver the digital video image throughout the production from camera cards to drives, and straight to post-production. So the DIT should take extra care throughout the whole process to not lose even a single shot as the production team hates to redo shots at the end of the day. That’s why DITs use some on-site drives configured as a RAID to back up the files and by using safer ones like RAID 6 or 10 (as they have parity checks and data redundancy) they can be assured of the safety of the assets. But the maintenance and security of these giant hard drives are expensive and time-consuming and also require a special team. And these factors don’t make a good workflow so that’s why in the new online post-production workflow we intend to omit the use of hard drives – although they are the conventional method – and replace them with some cloud-based technologies that we’ll talk about in a bit. 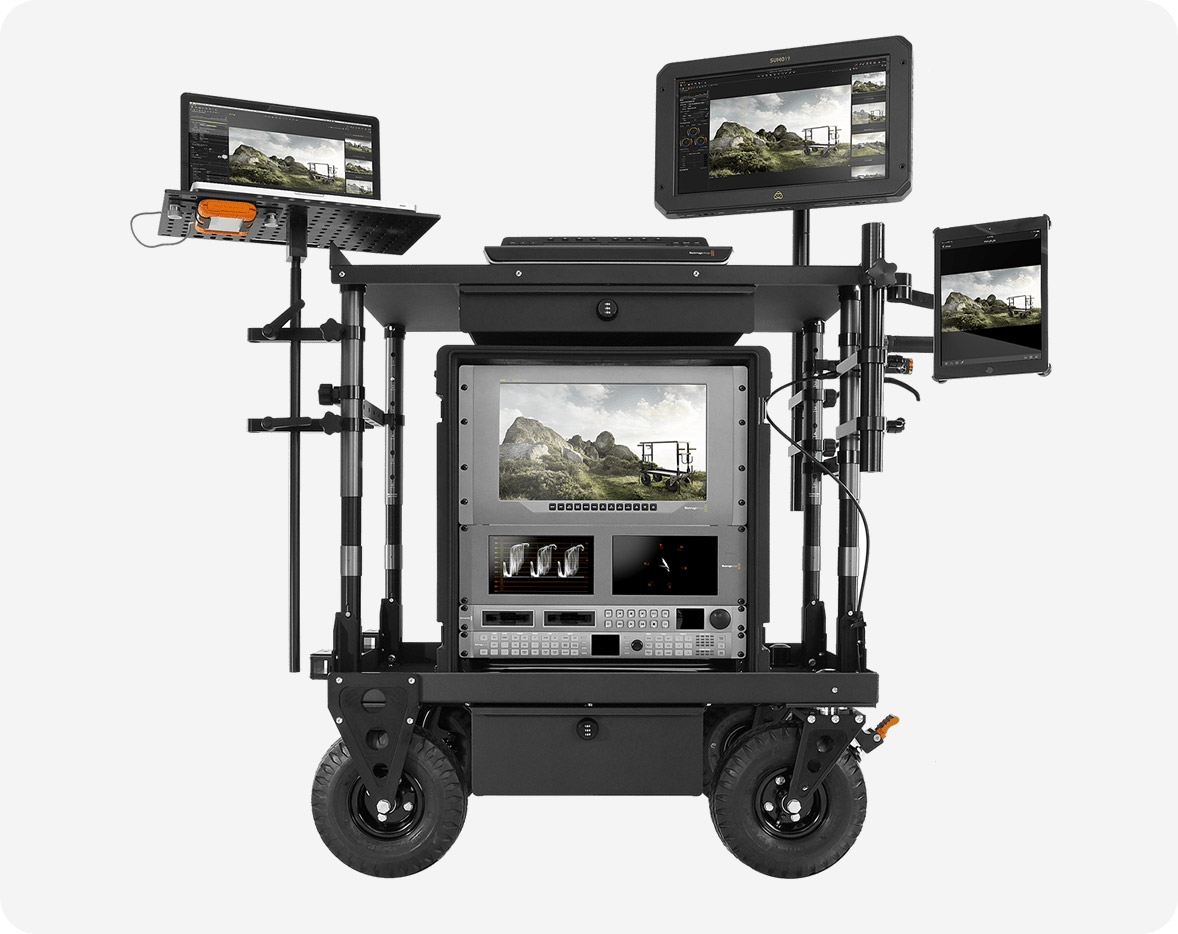 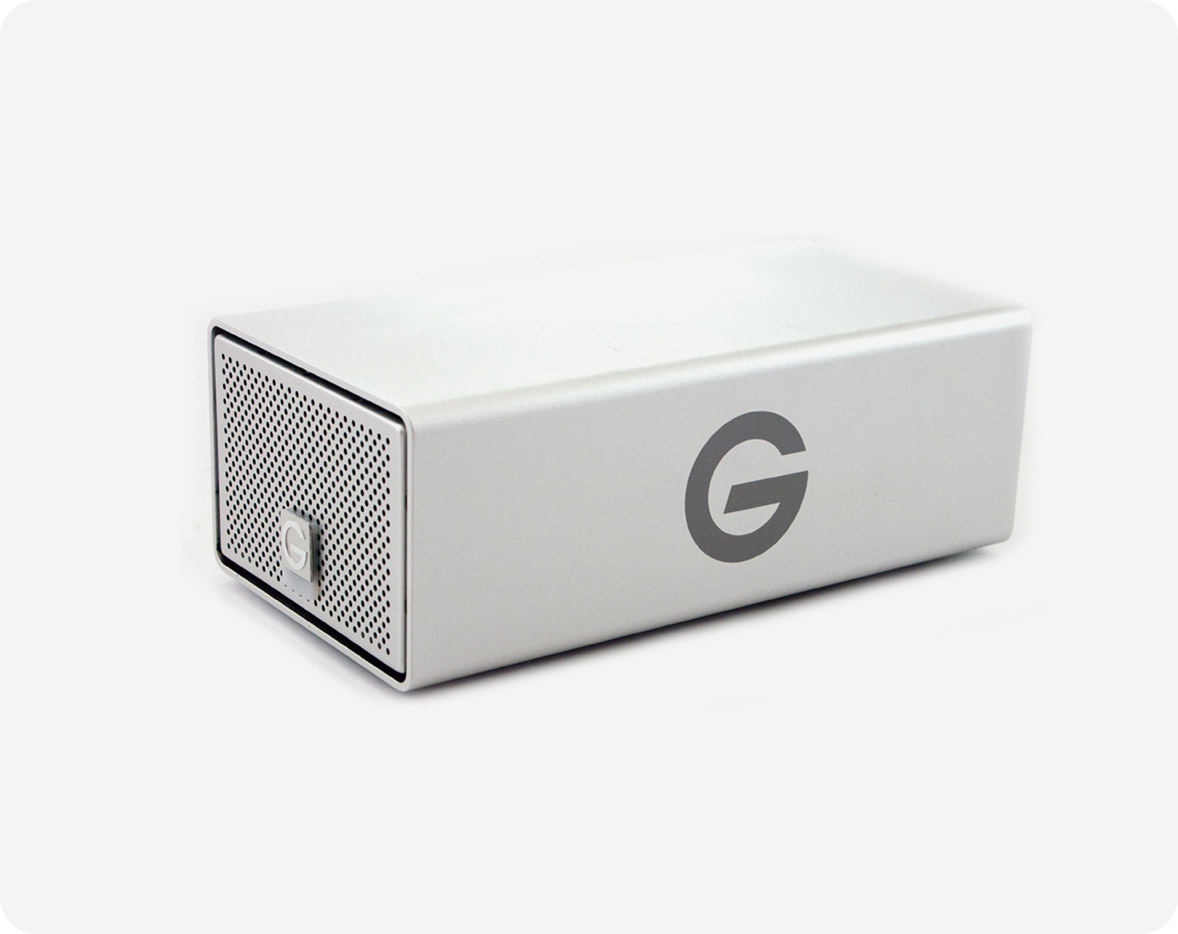 If we go one step further from the giant on-set hard drives solution, we will have another giant hard drive solution that acts as the on-site storage source but has the ability to connect and store the files in the cloud storage. And that’s one step closer to the ideal fully cloud-based storage that is a part of online video workflow, thus Nexis is considered an intermediary option between the on-site and cloud. Avid Nexis is an example of this kind of technology that’s been used by different types of media production from sports to films and online content. Avid also equip the team with some other tools like its online NLE called Media Composer and that’s how the workflow is created by some of Avid’s tools – hardware and software – connected together to support the post-production process as a classic player in this game. But one thing you should bear in mind about such services is that they usually have a fixed API that doesn’t allow you to migrate or use a cloud server other than the one created by the manufacturer so you have to stay their user if you don’t want to throw away your multi-thousand dollars hard drive. 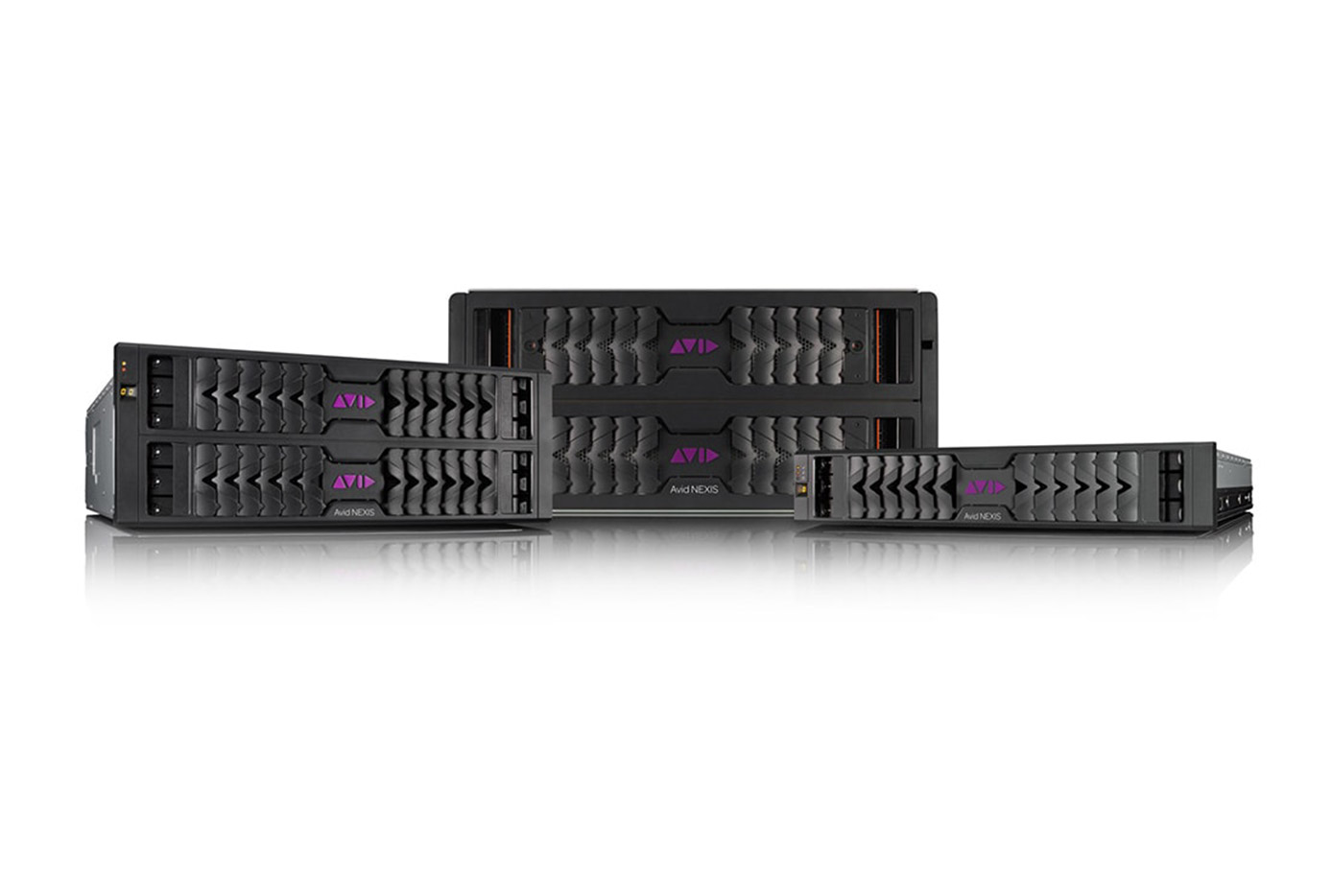 As you know, the dawn of the age of entertainment, especially the film industry, has already begun with the rise of giant OTTs (remote display) and remote media production. And what these two have in common? Well, they’re online. Meaning that the core of their systems is built on cloud servers to make it accessible from anywhere in the world. And this is exactly what the future of media and entertainment wants from us. Do Everything Online. And it omits lots of problems regarding accessibility, velocity, security, and productivity of media production workflow. So in this playground, when we think about the storage we should use to collect our production work, there is no doubt that the cloud servers are the most updated method to do so. Are the cloud servers of the Postpace just updated with the latest technology? No, they’re also much faster and much more secure than the traditional on-site storage as it’s on AWS servers. And we know that AWS (Amazon Web Services) is great at doing this stuff. 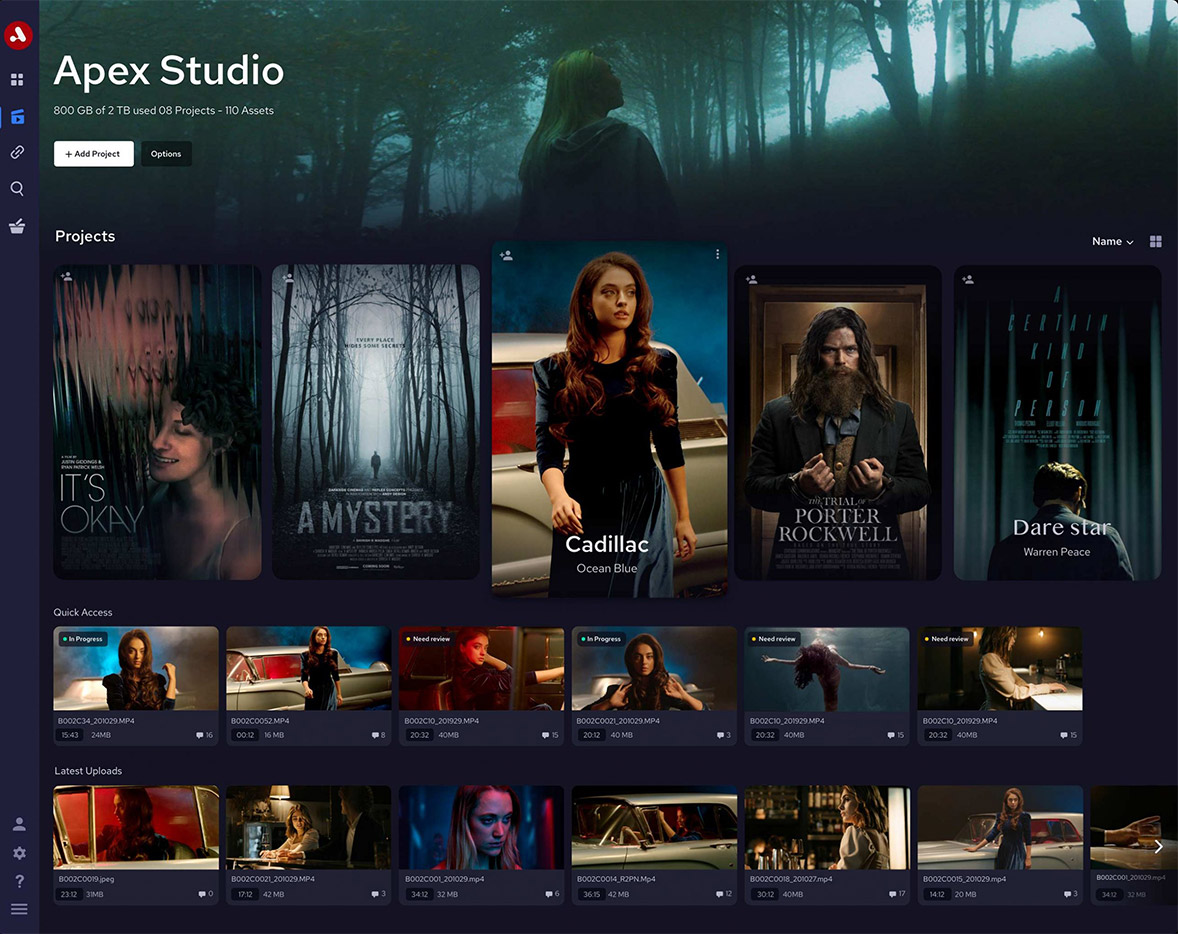 So it goes like this, first, you do the production, then as the director says cut, you send all the assets be it video, audio, or photo, to the cloud storage of the Postpace which is the main part of its online post-production workflow. And when I say uploading I’m talking about an upload experience five times faster than a pro cloud storage like Dropbox. Sounds cool right? Then the system automatically creates three copies of each file to make sure that the process won’t fall off because of some missing files and the backup process is done properly. After that, the post-production team can start their collaborative video editing and work on the film using the Postpace video team collaboration platform from anywhere in the world as everything is Online. So using the platform, the post-production team can share thoughts and comments in a frame-accurate level as well as doing all the reviews, previews, and so on, in the platform itself, making it easy for directors and producers to follow along with the project without any physical barrier. 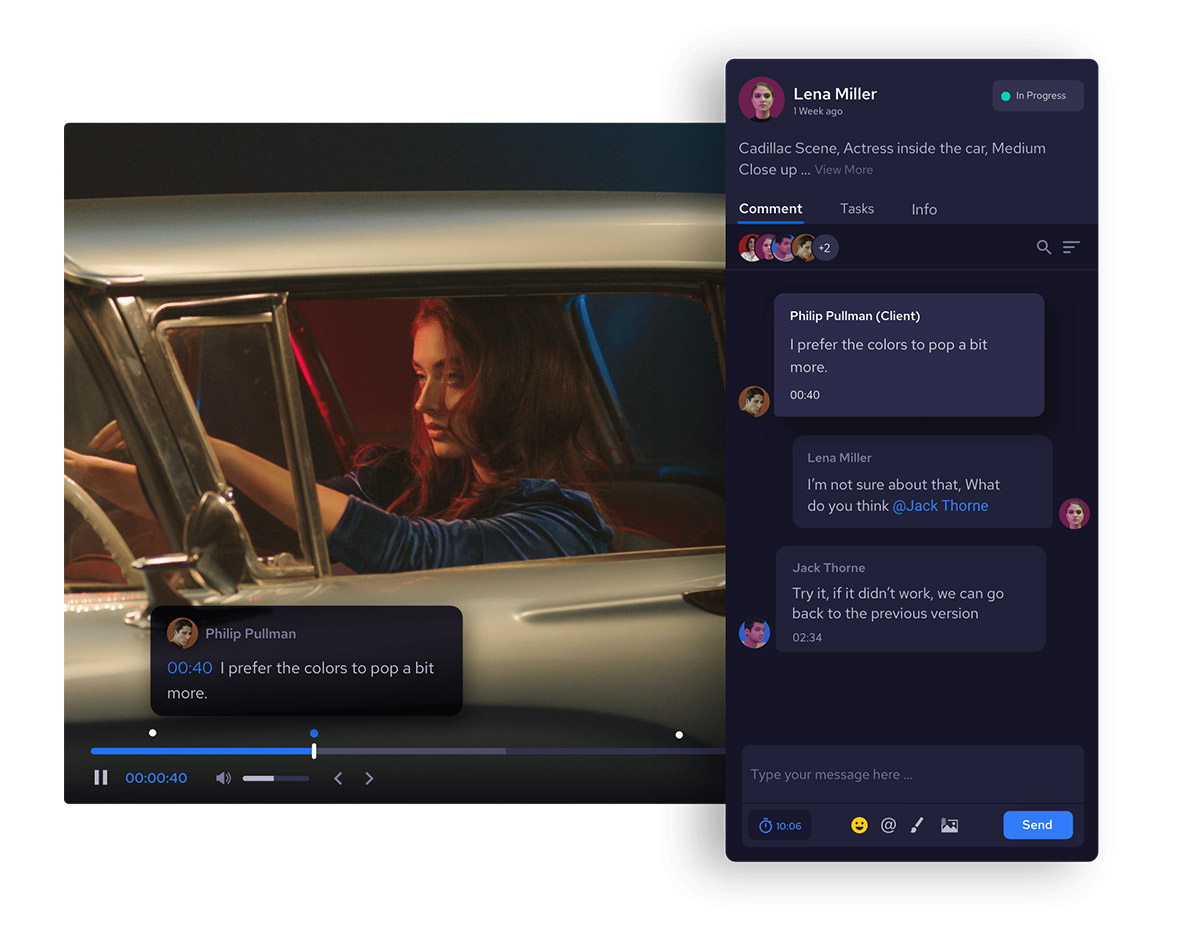 Now if I ask you to choose between on-site and cloud storage, I guess you know the answer. The remote online post-production workflow is here to solve the problems that the industry has had for a long time. Problems related to the safety of the production assets, sharing them, and working on them are all fading away now with the emergence of the new online post-production platforms that come with many tricks in hand to overcome those obstacles and this is what we can count on to change the industry and begin a new era.