How Editing of Interstellar Tells a Story | Movie Scene Breakdown

Interstellar is one of the movies that we all have in our list of favorite Si-Fi films. It visualizes conventional abstract ideas like space, love, and time in a wonderful Nolan way. Although the film has a lot of mysteries on the creative side of script and production, we want to see how the editors, led by the editor Lee Smith, visualized their concept about time and time travel. And to do so, we dig into the most relatable sequence about time that has all the notions about it. So watch the below video to visually understand how they did it, or if you’re not in the mood of watching videos continue reading the written description.

But before going any further, be aware that spoilers are on the way.

The sequence starts with cooper falling deep inside the giant black hole called Gargantua, which is also not far from the first photo of a real black hole, captured in 2019. Then it looks like he’s falling toward a planet or something like that but as he gets closer, it reveals to be some kind of a designed tesseract, which we further realize that it models time. Cooper tries to understand where he is and then we have a cut to see the young Murph which is a time shift to a moment that we haven’t seen at the beginning of the film, before the morning scene.

And after that, there’s another cut that gets us to the grown-up Murph as she recalls the same moment. So here we have three points in time. First, the past, where Murph is young, second, the present when Murph is grown up, and third, the tesseract that Cooper is in, which is literally between time and space but somehow connects all that. 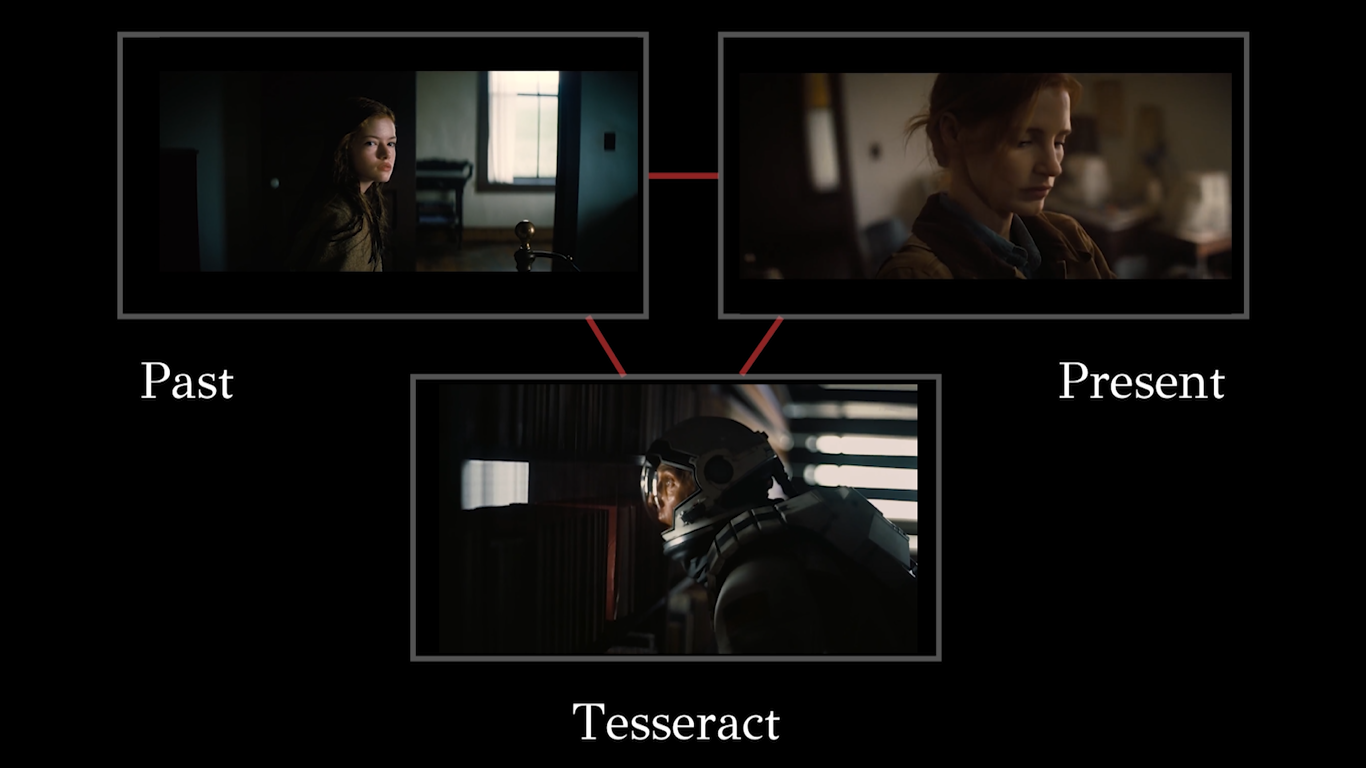 Although the real action is happening between tesseract and the past, editors bring in the present Murph to show us how what happened in the past is going to change the present and the future. So as we go further in the sequence, we see some kind of a domino running between these points of time charged by perfect cuts and combinations. The grown-up Murph is trying to solve the puzzle by recalling the past and anything that happened at the time. So they use objects as links between shots from different times and as well as reminders that help the grown-up Murph to remember the past and find out about the future.

Again we’re back to a moment that we’ve just heard before, at the beginning where Murph rejects his father and does not want to talk to him because he’s leaving. And we watch that scene from another perspective inside tesseract. Then we get to the scene where Cooper is leaving so the Cooper in the tesseract wants to send a message to the Cooper back in time to “stay”. And this becomes the first vivid message that makes Murph believe it’s her father that sends these messages from another time and space. Something that she doesn’t understand yet.

So now that they both know they can communicate, they’re looking for the next important message. There are also stress cuts that tell us time is short for Murph and his brother is coming back to the house. Then we have another flashback cut to help us remember the exact moment where Cooper and Murph face the gravitational anomaly for the first time. She’s trying to understand the message but let’s say she’s not there yet. Cooper understands that there should be a specific time that connects all those moments and brings all he can down to something that he believes will deliver the message.

The final object that is the link between three times, a watch that caries love and memory for both of them and can also carry the quantum data. The message travels across time on the watch by the power of love and this I think is the message of the film. That magic is not in space, or time, but instead in love. So the editors helped us to understand the delivery of the message through time by switching between the shots in critical moments. And all together, we can say, that it’s the beauty of professional editing. 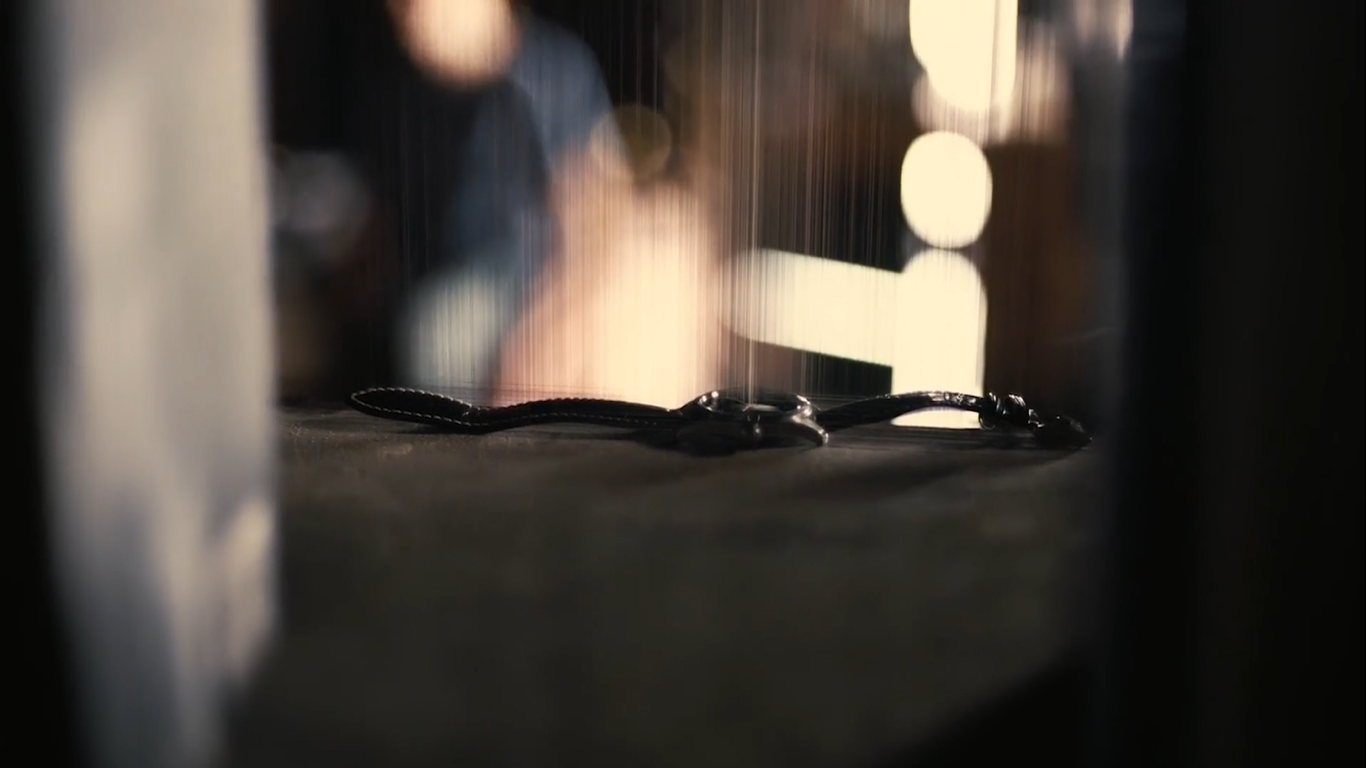