How To Stabilize Shaky Video Footage In After Effects

Shaky video footage is the last thing any video maker wants unless it’s somehow intentional and for artistic and creative purposes. So that’s why they use tools and gears to keep the camera away from any unwanted movement. But sometimes those tools aren’t in hand and the result is shaky. In situations like this, we hear the saying “we’ll fix it in post”. So let’s see how you can fix it in post using some tools in Adobe After Effects.

After you import your shaky footage inside After Effects, add it to the compositions panel to start working on it. Then go to the Effects & Presets panel to find an effect called Warp Stabilizer VFX and add it to your composition. As soon as you add the effect to your footage, After effects will first analyze it in the background which is shown by a blue banner and then stabilize it which is shown by an orange banner.
When the stabilizing is done and the orange banner is gone, you can see that your footage looks a bit better than before. The scale of your footage is also increased a bit to hide black gaps that occur when the image is repositioned in the stabilization process. But it’s not convincing yet so go to the Effects Control panel to adjust some settings of the Warp Stabilizer effect. First In the Effect Controls panel, increase the Smoothness amount to 75%. You will see that the footage is being stabilized once again.
Then choose No Motion under the Result menu to enable the program to lock the camera in position. In order to achieve this effect, Warp Stabilizer VFX scales up the clip even more so it’s way better to have a 4k image or higher to keep the quality intact.
Then choose Position, Scale, Rotation from the Method menu, Stabilize Only from the Framing menu and Increase the Additional Scale to a percentage that covers all the black edges behind the frame. Now your footage looks way more stable than before. 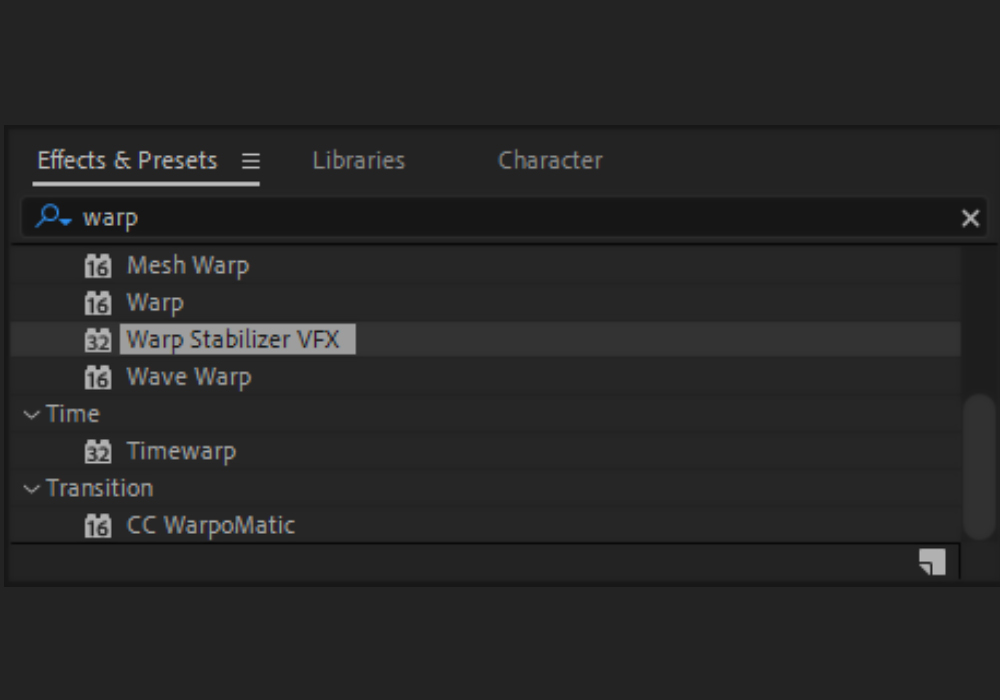 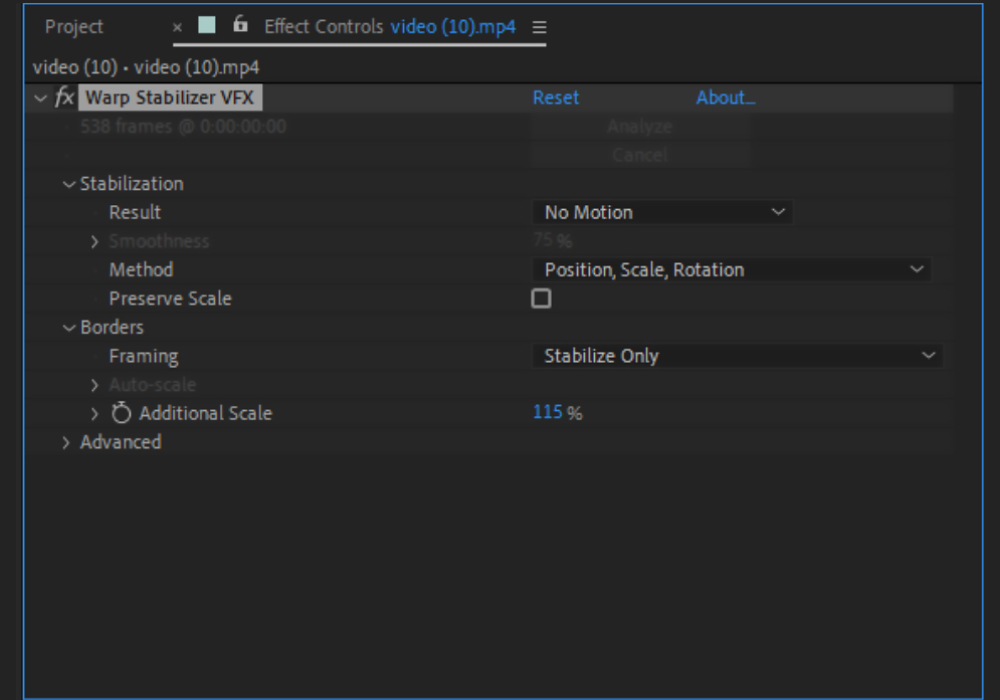 To stabilize your footage using the Stabilize Motion feature, you need to bring up the Tracker panel in your workflow by enabling it from the Window menu. Then from the Tracker panel click on the Stabilize Motion so that a tracker box appears within your layer screen. Then you need to set the tracker box on a subject that you want to be stable during the video clip. For example, if you’ve got a shot from a walking person, you should set the tracker box on him to tell the program to use him as the anchor to stabilize the footage. Hit the Play button within the tracker panel to make sure the tracker box sticks to your specified spot. If your tracking points going askew, click the stop button, backtrack manually adjust the tracking point, and hit play again to continue tracking.

Once you set the tracker properly, click on the Edit Target to apply the tracking data to the exact layer that you’re working on. Then hit the Apply button and in the opened dialogue box select X and Y.
Now your footage should look a lot nicer than the previous version, but keep in mind that this method works better for videos with a specified subject to focus on. 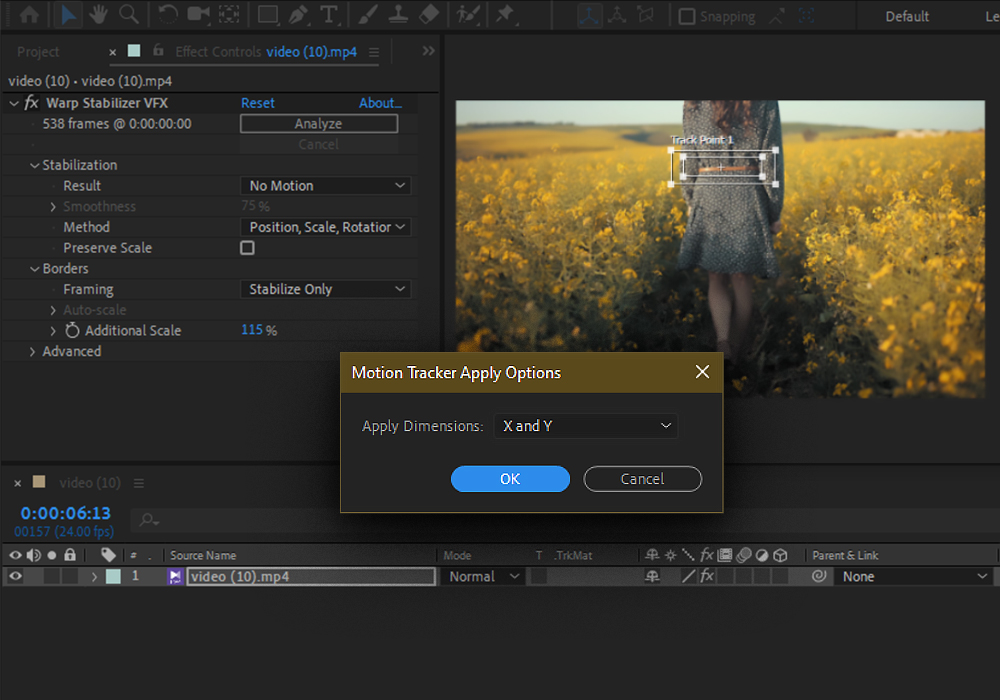 Another way to fix your shaky footage is to use plugins. REELSTEADY is one of your options for After Effects. It offers higher-level technical tools to get into the details of your tracking data even more and ensure you of doing the best stabilization possible at $399. Another handy plugin for stabilization in After Effects is MERCALLI V4 which is more affordable with the price tag of $299. Mercalli is compatible with both After Effects and Premiere Pro so you don’t have to switch between them.